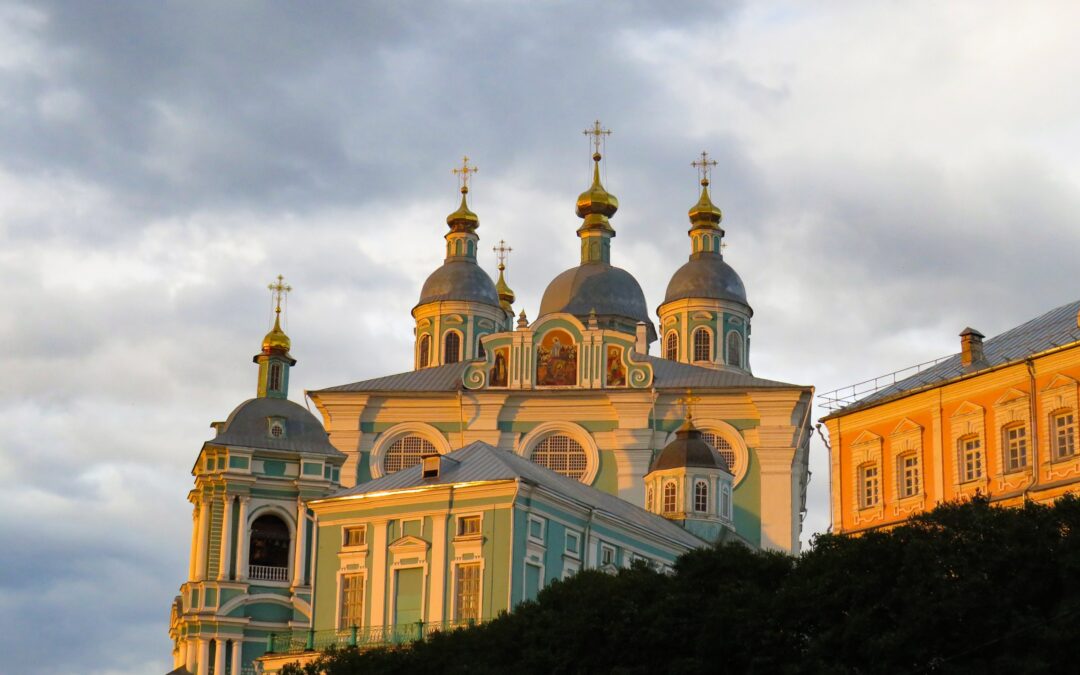 Magnificent Russia covers more than 1/8 of the Earths land area bearing tremendous potential with its 144 Million inhabitants. The country is ranked as number 9 in most populated countries in the world. Among the 144 million people, approximately 80% live in the western part, either in the European part of the country or close. This is also where the bigger cities are located, such as Moscow and Saint Petersburg. Moscow is located in the western part of the country. It is the capital of Russia and one of the largest cities in the world with 12,2 million residents within the city and 17,1 million in the urban area.

Russia borders mainly to Finland in the north, the Baltic countries, Belarus, Ukraine in the Eastern Europe and Kazakhstan, Mongolia and China in the south. The borders go all the way to the US where it reaches to Alaska. In the 18th century, Saint Petersburg founded by “Peter the Great” was perceived as the new capital of Russia. It was later more famous as “Russia’s window to Europe” which Peter the Great’s troupes introduced western European culture to Russia.

OTC and pharma market
The OTC and pharma market in Russia was worth 1,629 billion rubles in 2017 (according to DSM Group) and it is expected to blossom within the upcoming years. The pharmaceutical market grew by 8% compared with 2016. This is associated with increased awareness about self-medication and the different options of available pharmaceuticals among the consumers as the population is getting more educated. In addition, the Russian government has implemented different programs that aim to make the health care industry more attractive for both local and foreign businesses.

Russian market facts:
• The Russian market is strongly dependent on imports – similar to other CIS member states
• Due to its size and population, the Russian OTC market is the biggest one in the CIS region
• 6,3 billion drug packages were sold during 2017, an increase with 6% compared with 2016.
• There is a preference for imported drugs as they are considered to be of higher quality than domestic drugs
• Out of pocket market is the biggest segment of the market but other reimbursement systems are also available

Since 2016 the market has shown to grow faster than expected. According to forecasts, the Russian pharmaceutical market is expected to almost triple its market value by 2030. The market is mainly dominated by Rx drugs but OTC drugs have shown a good growth and are expected to increase its market share. 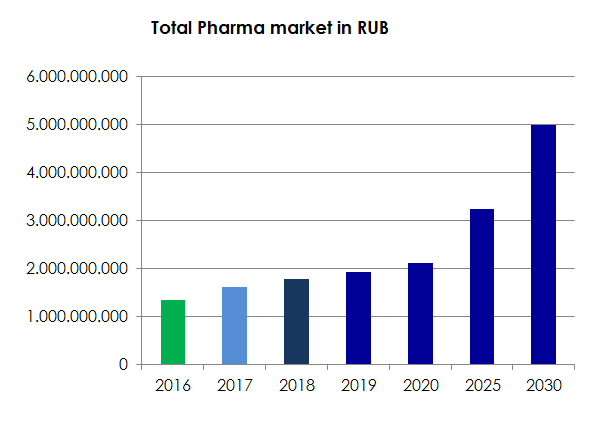 Russia retail market
The Russian pharmacies are mainly a part of different pharmacy chains. In total, there are more than 50.000 pharmacy chains in Russia, whereas approximately 60% belong to municipal authorities, 23% to the government and 17% are privately owned.
Since recent years, the government has instated a free provision of certain drug products from selected categories. There are now several active programs acting in this sector that provide free drugs to the population who are in need.

Market outlook and recommendation
Russia is a flourishing market with 144 Mio consumers and patients. With this in mind, the Russian pharmaceutical market is one of the fastest growing where development and innovation are in focus. European products are especially popular in Russia as they are considered to have higher quality and be more effective. This consumer behavior is beneficial for foreign pharmaceutical brands who are exporting to Russia.

CPC added Value in Russia
All our CPC experts have practical experience from developing and launching more than 200 international brands / Rx. products, with P&L country responsibility.
• During the last 20 years CPC experts have advised many international and CIS Pharma & OTC companies on Strategy and Marketing matters and Market Entry projects in Russia and the CIS regions.
• The Systematic Local Partner Search is a unique tool to identify the best fitting Local Partner company for your brands in only 10-12 weeks.
• We cover all OTC, Rx., medical devices and FS regulatory topics in the Ukraine and CIS countries, incl. new product registration, variations or clinical studies.