– The largest Pharma Market in the world

How promising is the current U.S. Pharma market and what are the reasons there for and against entering the largest pharmaceutical market in the world?

The pharma market in the USA is the biggest and most mature market in the world and it shows a stable growth from year to year. According to Statista.com, the North American (U.S. and Canada) pharma market has a share of almost 45% of worldwide pharma industry income. The total value of the US market was estimated to rise by a double digit rate in 2014, to a value of over USD 377 billion .

The pharma research and development sector in the United States is one of the biggest in the world – about 68% of all new drugs in the world are developed in the U.S. The majority of existing patents belong to American companies as well. About 3.4 million people work in the pharma or biopharmaceutical industries.

The U.S. is the leading country for quality and effectiveness of scientific research. The American healthcare system is strictly regulated, including rights for patients and doctor, quality control etc. The profession of doctor is one of the top-paying jobs in the U.S., and an average doctor’s salary is between 150,000 and 200,000 USD.

The agency responsible for healthcare regulation in the U.S. is the Department of Health and Human Services. The head of the Department is the main secretary, who works under the president. It consists of ten official representatives in different regions.

The U.S. government is working to improve the accessibility of the insurance system. The two governmental programs, Medicaid and Medicare, do not cover the whole population and the cost for voluntary insurance is very high.

Big pharma was established in the U.S. a long time ago. The figure below shows the biggest biotech and pharmaceutical companies in the U.S. pharma market by revenue in the year 2014. Half of the companies are American (Johnsson &Johnsson, Pfizer, Merck, Eli Lilly, Abbott Laboratories). But the Swiss companies Novartis and Roche are also in the top 3. 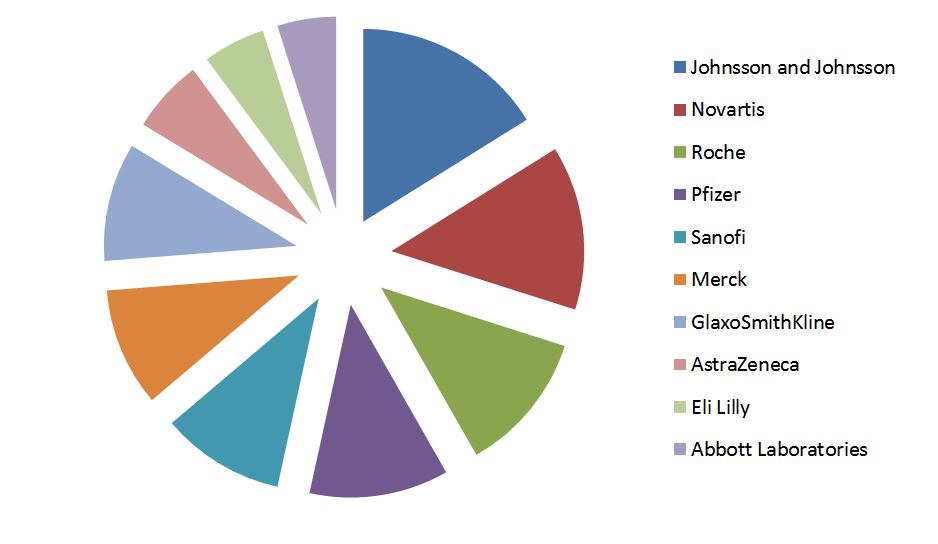 The U.S. is the European Union’s main partner in the import-export business. According to Eurostat, the U.S. is responsible for 30% of total EU trade. The U.S also exports a great deal to its neighbour, Mexico.

There are about sixty-seven thousand pharmacies all over the States. Approximately 43% of them are independently owned and the rest are big chains, usually located in supermarkets, grocery stores, hospitals, clinics, prisons, colleges etc. The two leaders by a large margin in this sector are Walgreens and CVS health.

According to International Republican Institute data, the OTC pharma market in 2014 is estimated to be worth 40 billion U.S. dollars and grew at a rate of 2,8%. 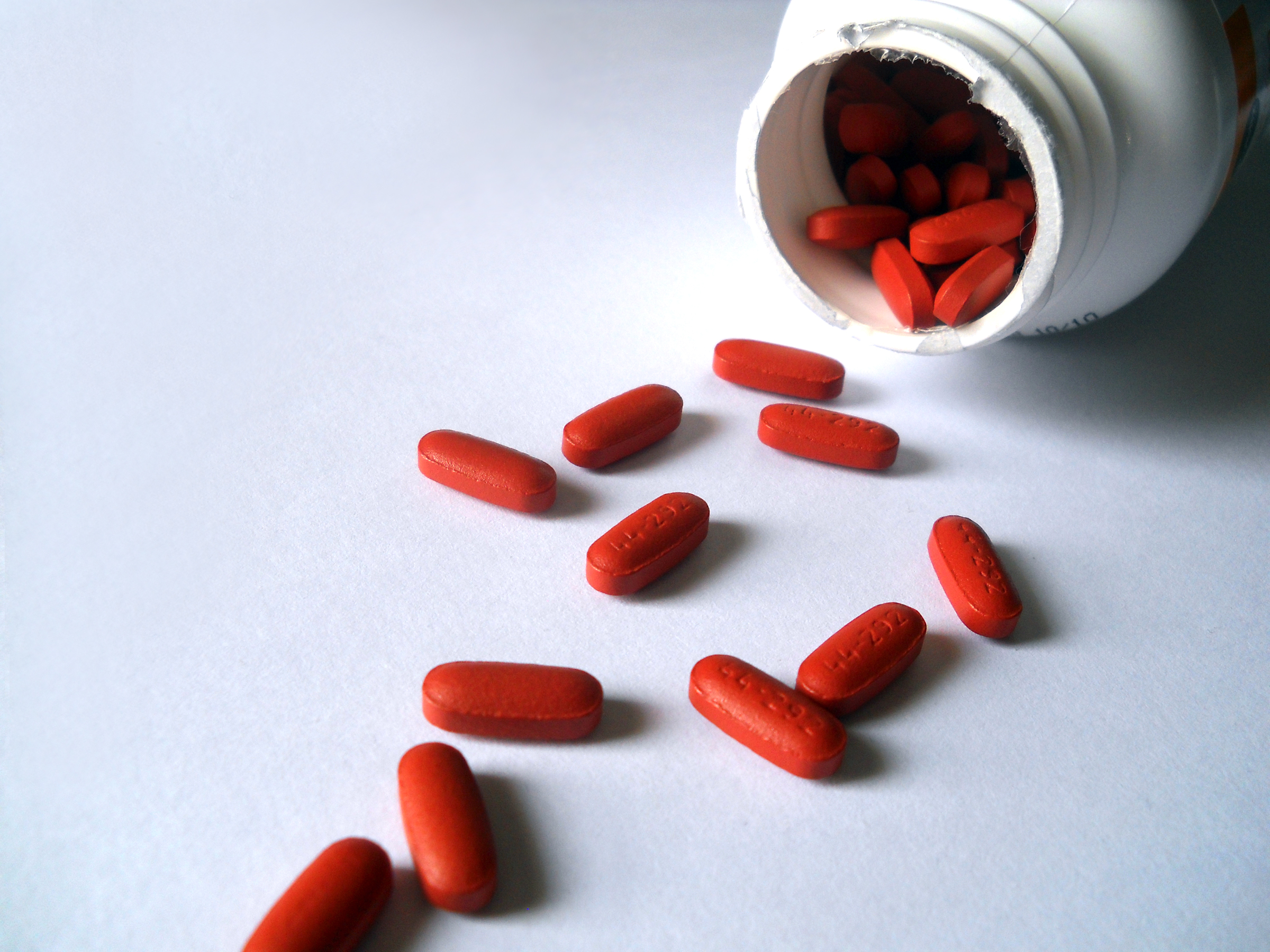 The most popular areas in OTC are:

Currently, the Rx market faces a small decline in units sold even though, in nominal terms, the Rx market still shows slight growth. In 2012, sales increased by 1.2%, whereas there was a decline by 0.1% in spending per capita. This can be explained by an increase in OTC sales and increases in RX drug prices.

The main drivers of the U.S. pharmaceutical market are the following:

The cost of healthcare in the U.S. is one of the highest in the world. Uninsured families can easily experience major financial hardships, such as having to take out loans from the bank to cover their treatment. Surgery in particular is extremely expensive for the uninsured.

The USA is the only developed country that does not provide its citizens with unlimited healthcare. According to the 2009 census, about 50.7 million U.S. citizens did not have health insurance.

However the USA has government programs for veterans, the poor and citizens over 65 years of age: Medicaid and Medicare.

The Federal-State program Medicaid is provided for low income and poor people. It covers a basic package of medical services such as inpatient and outpatient treatment, consultation with many kinds of specialists, stays in nursing homes, laboratory diagnostics and x-ray examinations etc. The Federal government pays half of the expenses from the general tax pool and each state pays the other half.

The Federal-State program Medicare is financed by income taxes. Part is paid by employees and part by their employers. This program serves retired people (over 65 years old, with some exemptions) with an employment history of at least 5-10 years depending on the type of work. Medicare is also provided to people with chronic diseases, patients treated in nursing care hospitals and in hospices for people who has fewer than six months remaining to live. 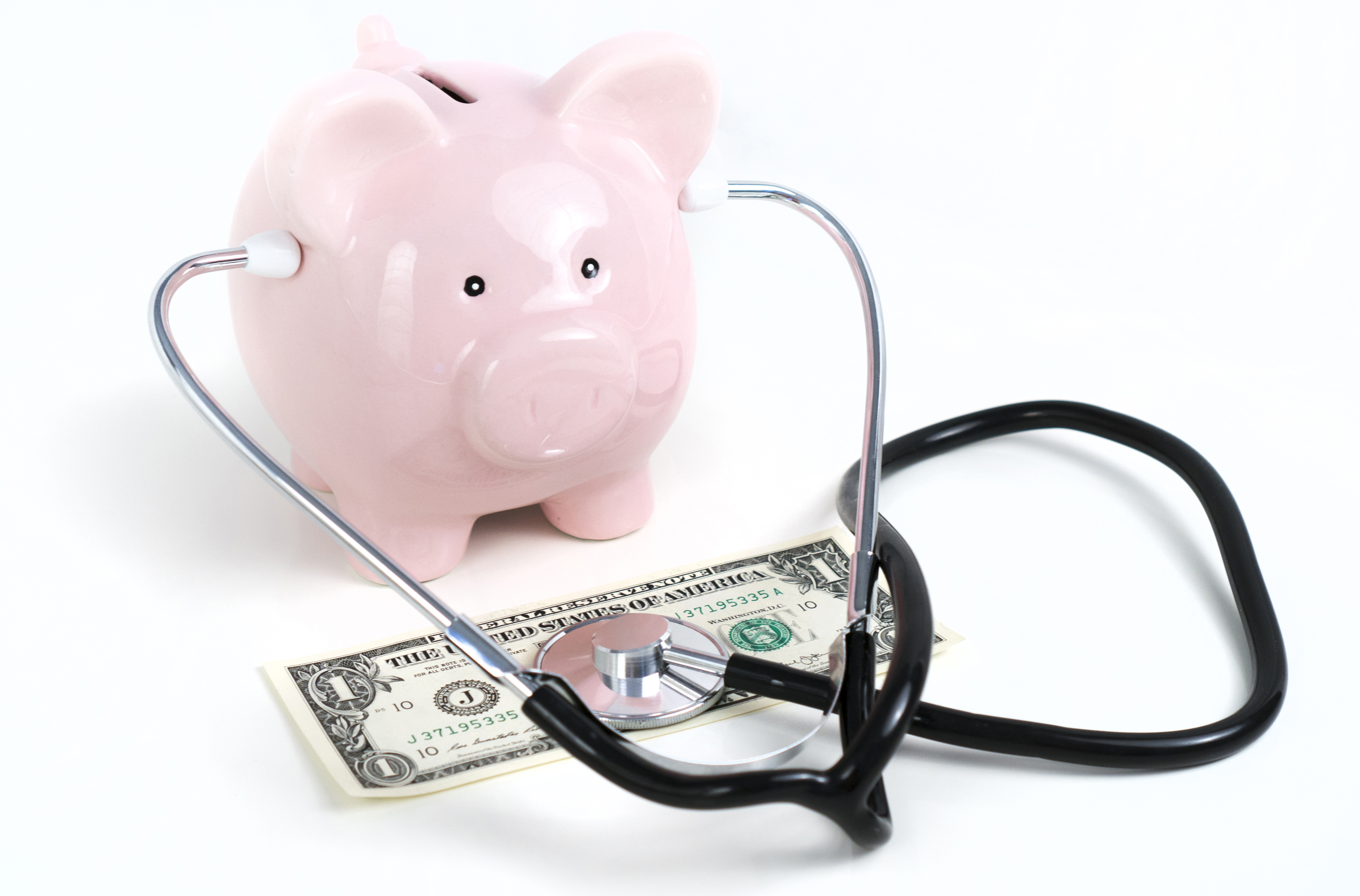 The American government has tried to improve the availability of insurance for people who cannot afford it. On March 21, 2010, the U.S. Congress passed a healthcare reform bill. The main provision of the reform is that, starting from the year 2013, people became obliged to acquire insurance if they did not already have it. For citizens with low incomes, loans have been provided. It has been estimated that eventually 95% of Americans will be insured and per patient expenses will be reduced. The program is estimated to run for ten years.

Aging of the population

As the quality of life in developed countries improved significantly, the average age of the population rose as well. 70% of the elderly population is to be found in small towns, while the younger population is drawn to urban centres since they promise more opportunities for professional and individual growth.

Elderly people generally suffer from diseases more frequently than younger people, which lead to the higher consumption of medications among this demographic group.

While our quality of living has generally improved, there has also been a trend towards an unhealthy modern lifestyle. The fast food mentality, poor quality of food products, big portions and sugar-loaded beverages, as well as overall stress and a lack of physical activity have lead people to gain more and more weight. According to the World Obesity Federation, the U.S. has one of the highest levels of obesity in the world (approximately 33% of men and women).

Perspectives on the market

The Pharma market in the U.S. is mature but with the increase of access to healthcare there may be new opportunities for growth.

Moreover, research and development is on-going and the flow of investment is increasing from year to year. More and more innovative drugs and medical devices are being developed in the U.S.

Another major trend in the U.S. pharma industry is the increasing popularity of OTC products.

The US market is not as promising in terms of growth as it once was due to the maturity of the market. Competition is very strong, which poses only one of several obstacles for new investors. But it contains many potential consumers and a considerable number of them are willing to pay significant sums, especially with regard to the self-medication sector.

What we can do for you

CPC expertise extends to the healthcare Industry in the United States of America and all over the world. All our multicultural experts possess extensive experience and have no fewer than 20 years in the global healthcare industry and in the emerging markets. We provide our clients with a wide range of Pharma and Healthcare Consulting Services focusing on Consumer Healthcare, Pharma Rx, Derma, Medical Devices, Food Supplements, FMCG, Wholesale, Retail and Production.

We bring a global understanding of industry opportunities and challenges to every client, every time.